Oldschool meets Hightec Engineering “could have been the motto of this paddling tour with our ONAK. This time we chose a special place where our ONAK got to know dinosaurs of engineering. The tour took us to the Gemmin Lake to Ferropolis, the city of steel.

Situated on a peninsula on the bank of the river, the open-air museum houses those gigantic machines that once roamed the open-cast mine: a bucket chain slewing excavator (nicknamed “Mad Max”), a bucket wheel excavator (“Big Wheel”), two stackers (“Gemini” and “Medusa”) and a crawler excavator (“Mosquito”). This area became internationally known for festivals like the MELT! or splash! that take place there every year. Bands such as Linkin Park and Metallica have also performed in this impressive setting.

While the peninsula is known nationwide, the lake seems to be a real insider’s tip. Water sports have not yet been organised there. With its 33 metres deep, the edge of reeds and the impressive crystal clear water, this sunny summer day welcomed us to a very nice place for paddling.

The lake is named after Gemmin, a village swallowed up by the Golpa-Nord open-cast mine in Saxony-Anhalt, near Gräfenhainichen east of Dessau. The lake was named in memory of the excavated site, which has been in existence since the mine was closed in 1991.

We found a good place to start on the peninsula. Just keep an eye out for the big parking lot (you’ll find marked here on the Google Map). There you will find a large meadow that leads down to the lake. Even without a canoe you can stop there and enjoy the view. There is no jetty yet, but there is a small lane in the reed where we could comfortably let the canoe into the shallow water. Because the lake is so clear, you can see the fish in the water. Even a grass snake wound its way past our ONAK into the reeds.

We sailed around the lake all alone and enjoyed the view of the industrial giants from the former GDR. Very creepy, because so unusual: from the depths of the lake there are still trees sticking out to the surface of the water. Because of the clear water we were really scared a few times. The water is tar-black in the deep areas and you can see the sun’s rays shining in the depths. Magical. 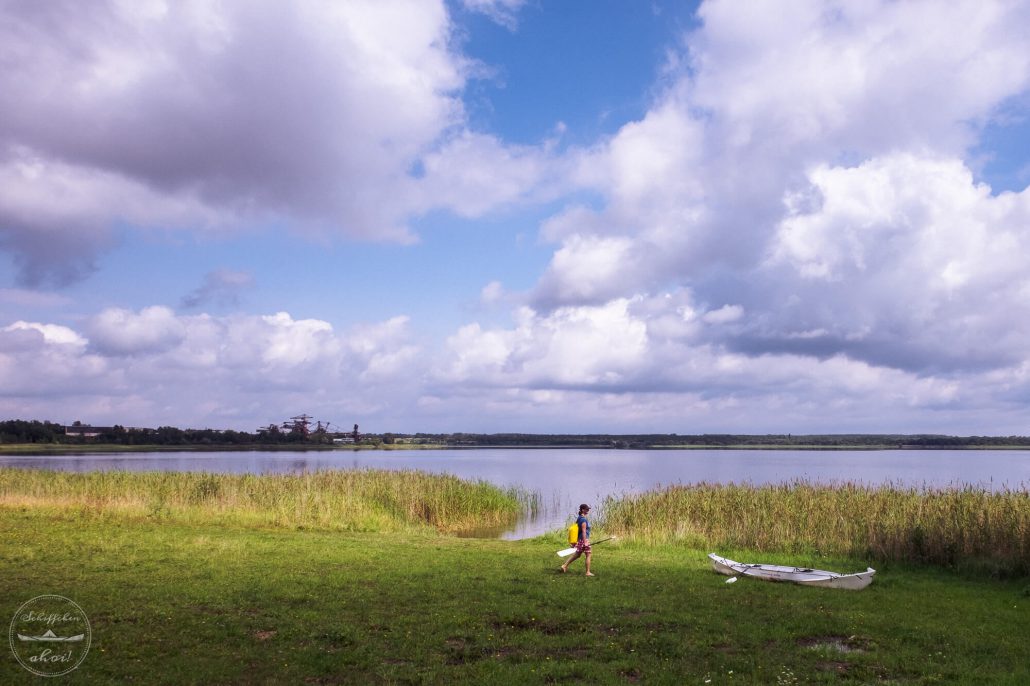 A great backdrop even before the start 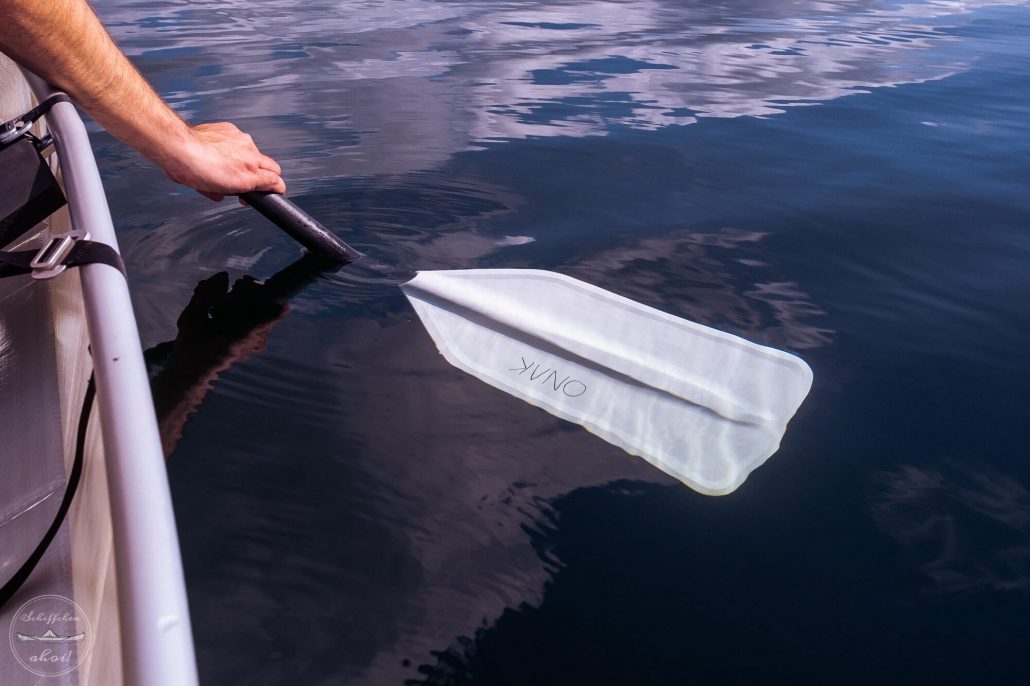 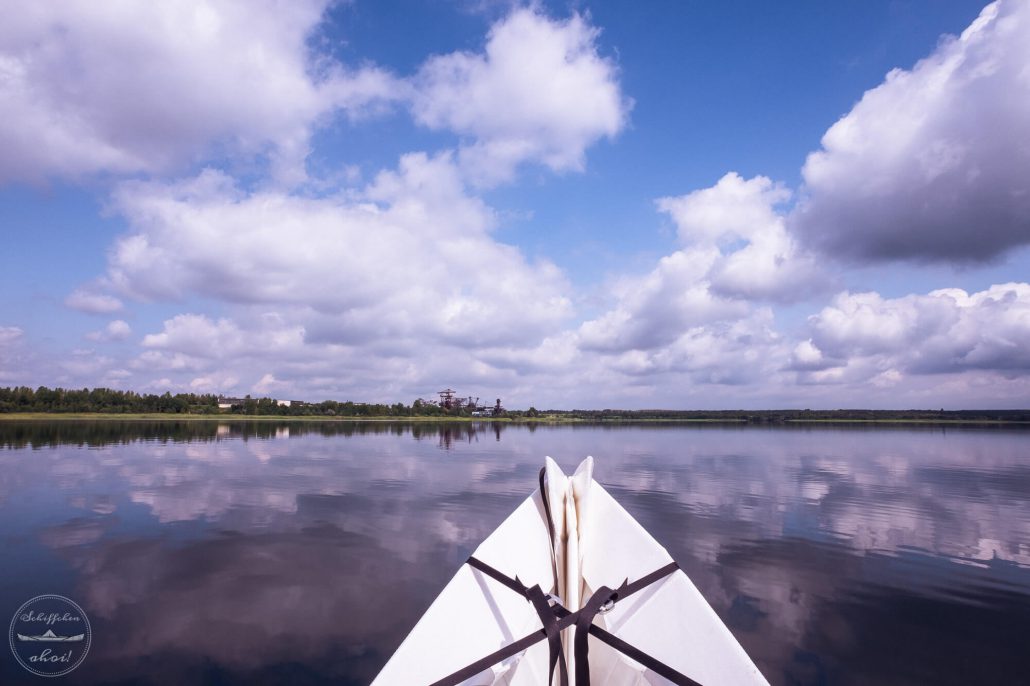 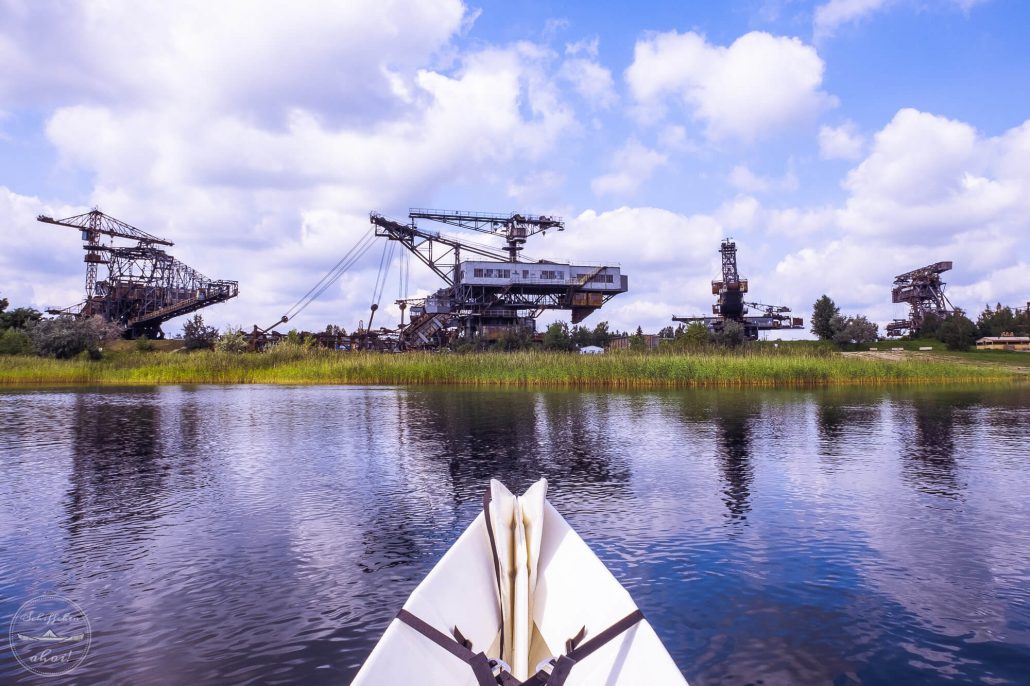 View of the open-air museum with the gigantic mining machines 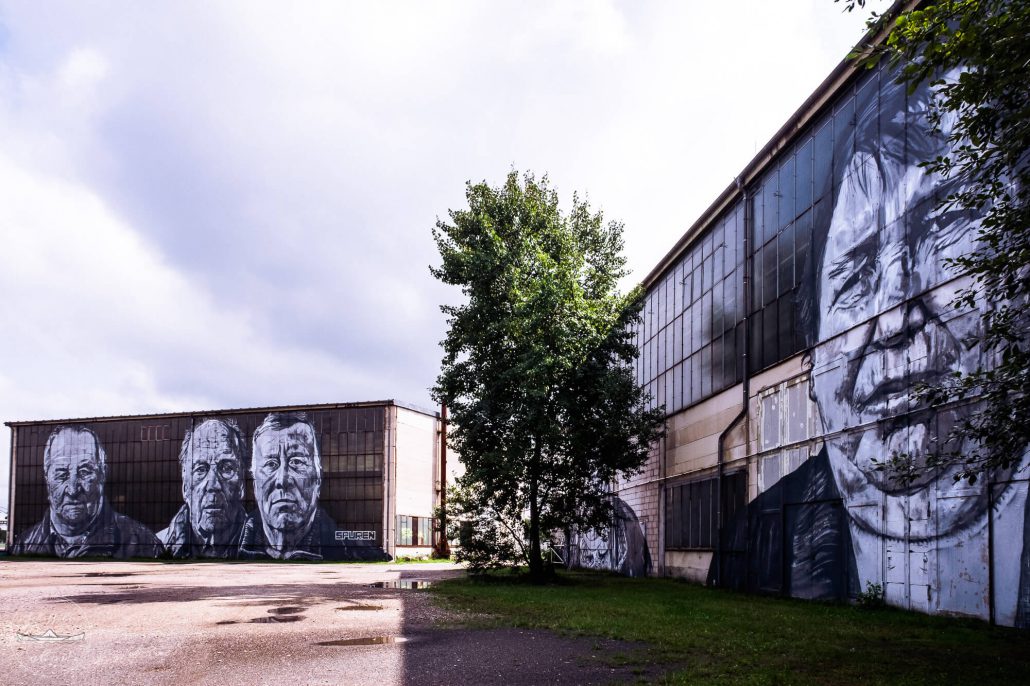 Miners who once worked in Ferropolis. Murals of Hendrik Beikirch 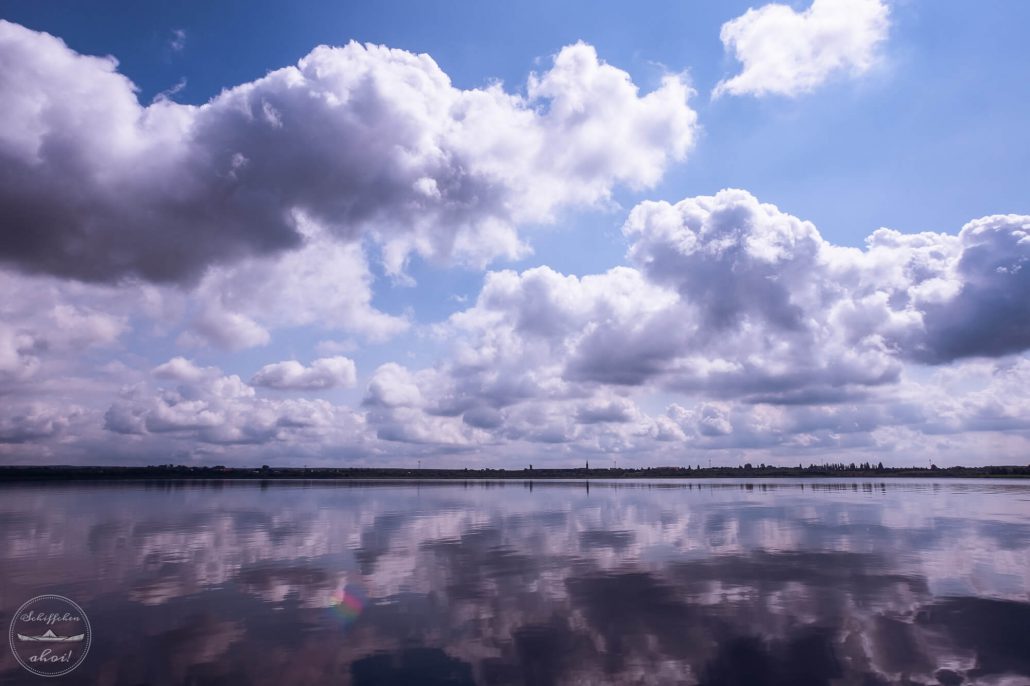 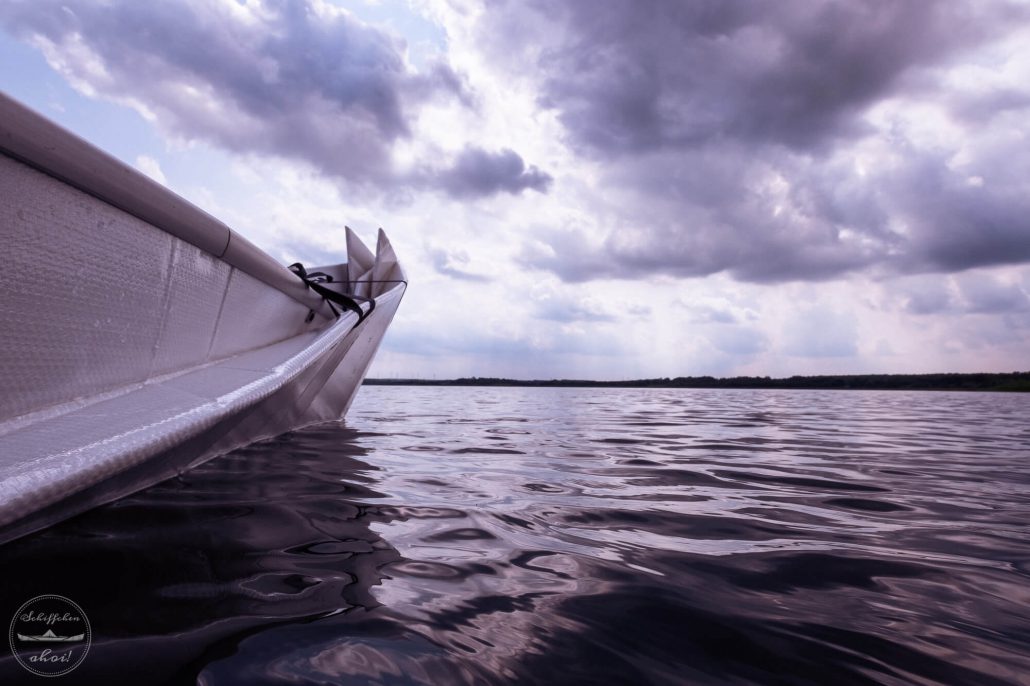 on the high seas 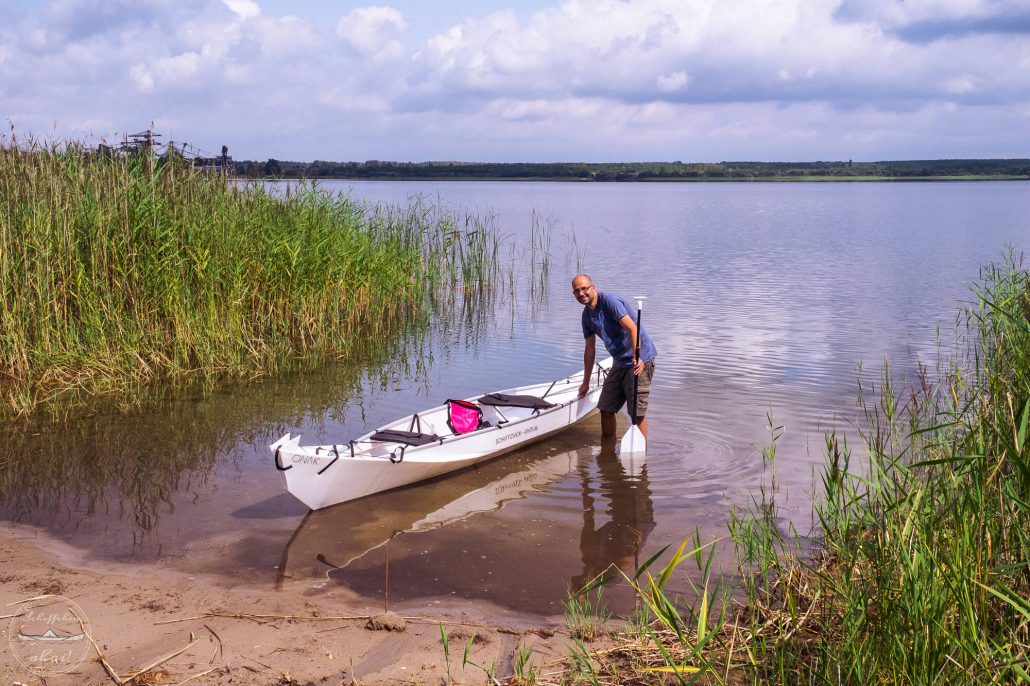 refreshing end of the tour 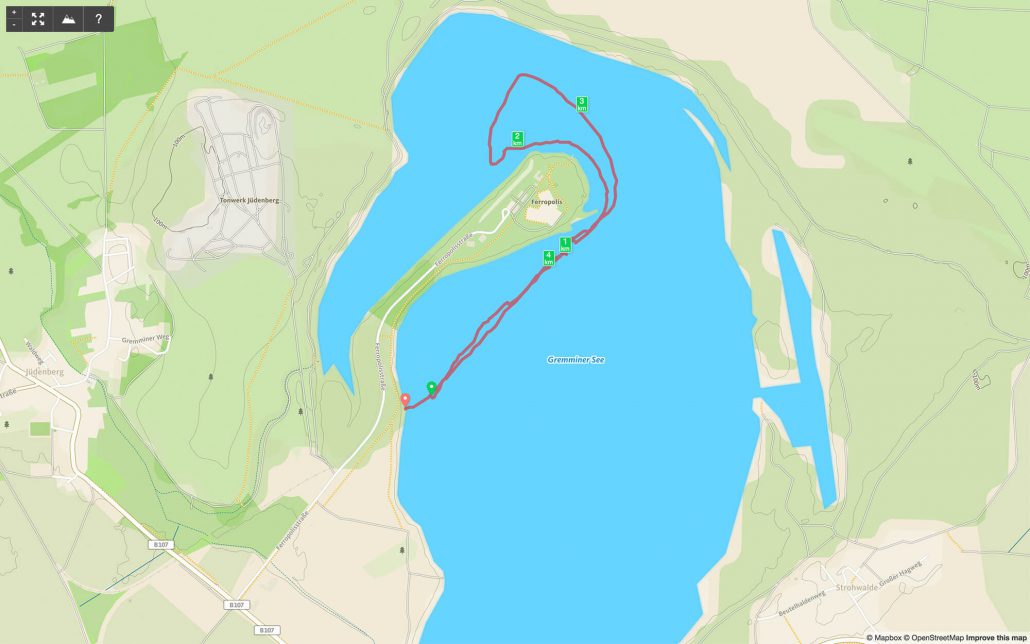 The canoe tour at a glance

How much does a folding canoe “ONAK” weigh?

Video: How easy it is to set up the ONAK folding canoe
Scroll to top