Five o’clock the alarm clock rings. The sky above Hamburg is still grey but the weather forecast has not changed overnight: a sunny and warm Sunday lies ahead.

So quickly out of bed, breakfast, things packed and the ONAK into the car. We wanted to experience Hamburg again from the Alster. And before 10 o’clock the boat renters open their doors and the canals flood with more people, we made one on early bird. Because of worms and stuff.

From ging´s twenty minutes through the deserted city to the location on Rathenaustraße, around the corner from Ohlsdorf station. You already know this place from our first Alster tour.

While all of Hamburg was still rubbing the sleeping sand out of our eyes, we were celebrated frenetically on arrival. Well, maybe the geese didn’t cackle at us out of enthusiasm, but rather out of healthy curiosity. Because in tow they had their freshly hatched, fluffy offspring. It was only understandable that we felt a bit strange with our bright white ONAK.

We really liked the fact that we were not accompanied by people but by curious poultry on our paddle tour through the urban Alster. Windstill, the Alster spread us the way to the south towards the Außenalster, the rising morning sun glistened in it and on the shore, the Alsteran residents living in villas peeled themselves out of their properties.

Since the river has a hardly noticeable flow velocity, it can be paddled very relaxed and you can make good progress. Directly behind the Winterhuder Fährhaus the Alster left and turned left through the Leinpfad bridge onto a small secluded branch, the Leinpfadkanal. From there you get to the round pond. On the Rondeelkanal we went further south to the Außenalster.

We already had almost 7 km on the clock there and the same moved suspiciously close to the time to make itself fast again from the field, namely the opening time of the paddle, pedal boat and canoe lenders. Accordingly, on our way back we were accompanied by day-trippers, who wanted to do it like us and the geese.

We were happy again about some nice conversations with interested people who informed themselves about our boat. And also the kids, who heard the word “Origamikanu” for the first time with amazed faces, were very fond of it. 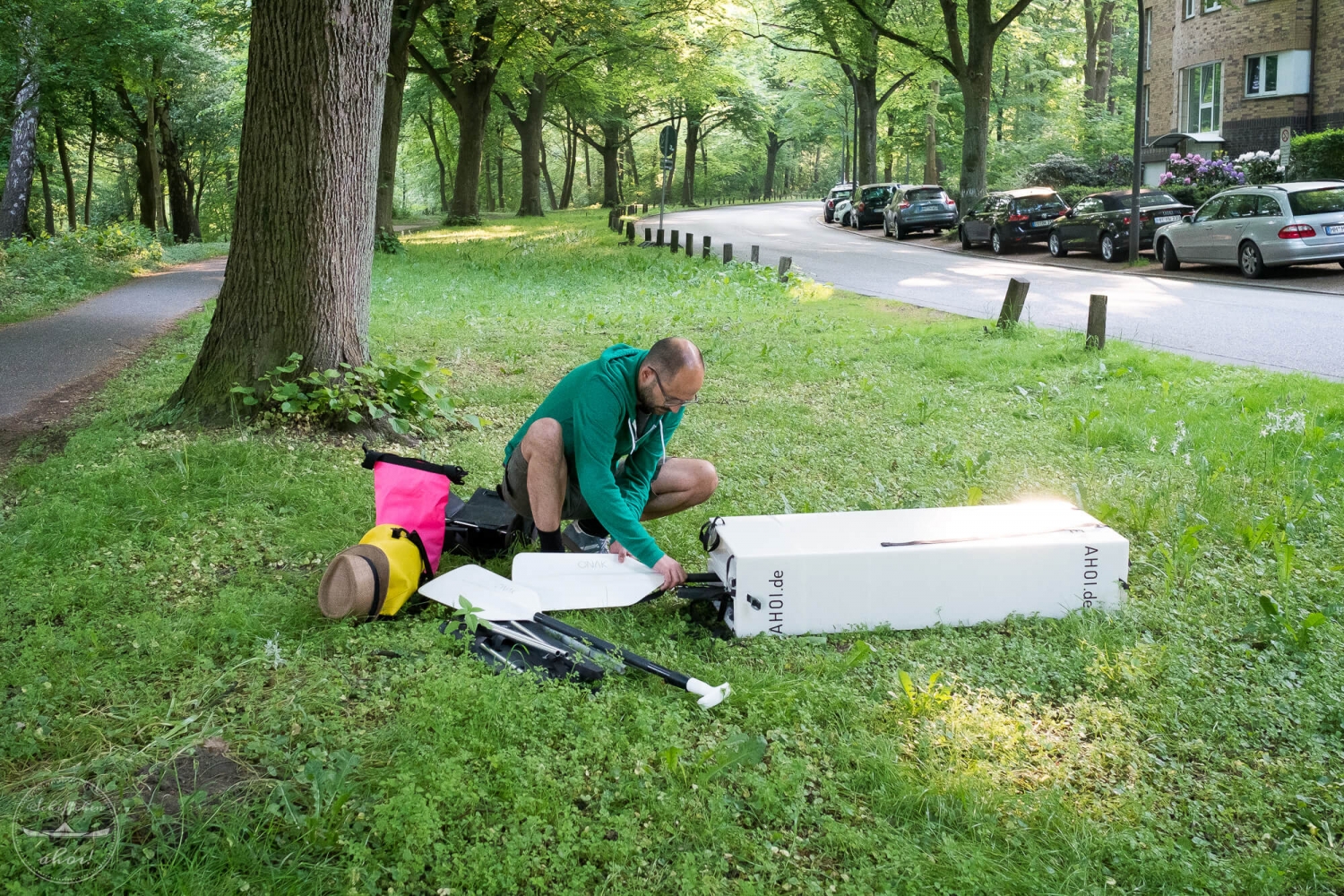 the ONAK foldable canoe: from box to boat 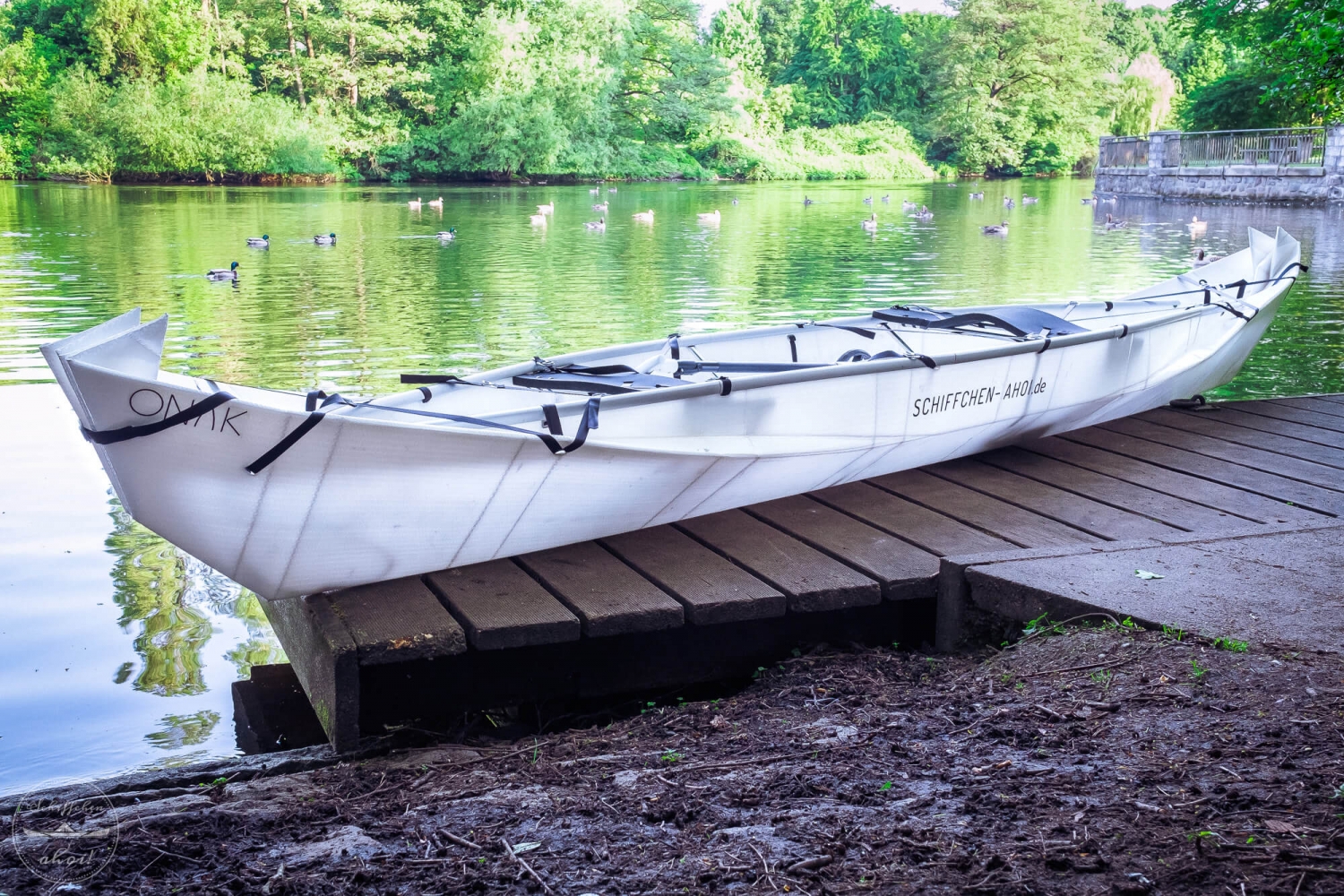 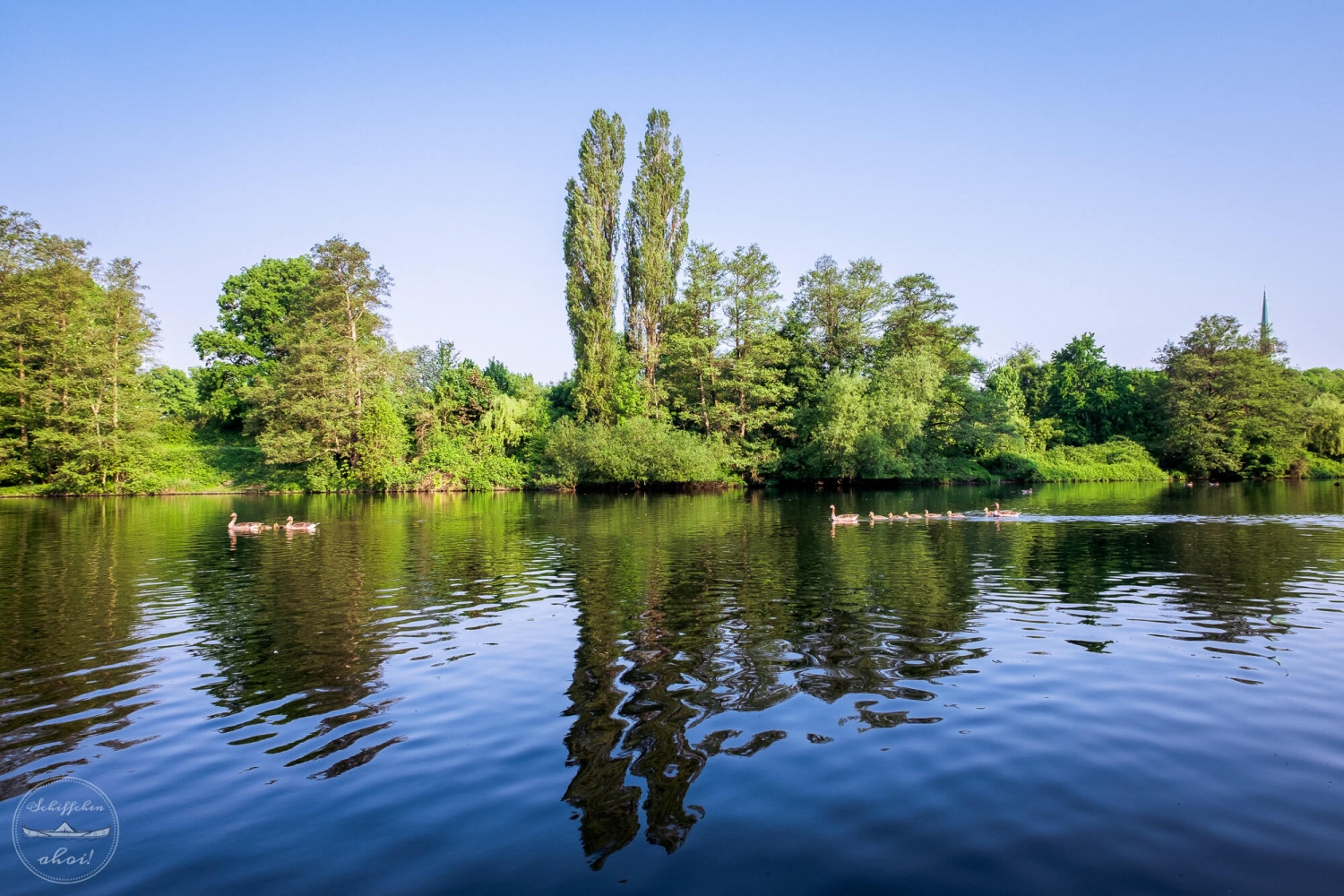 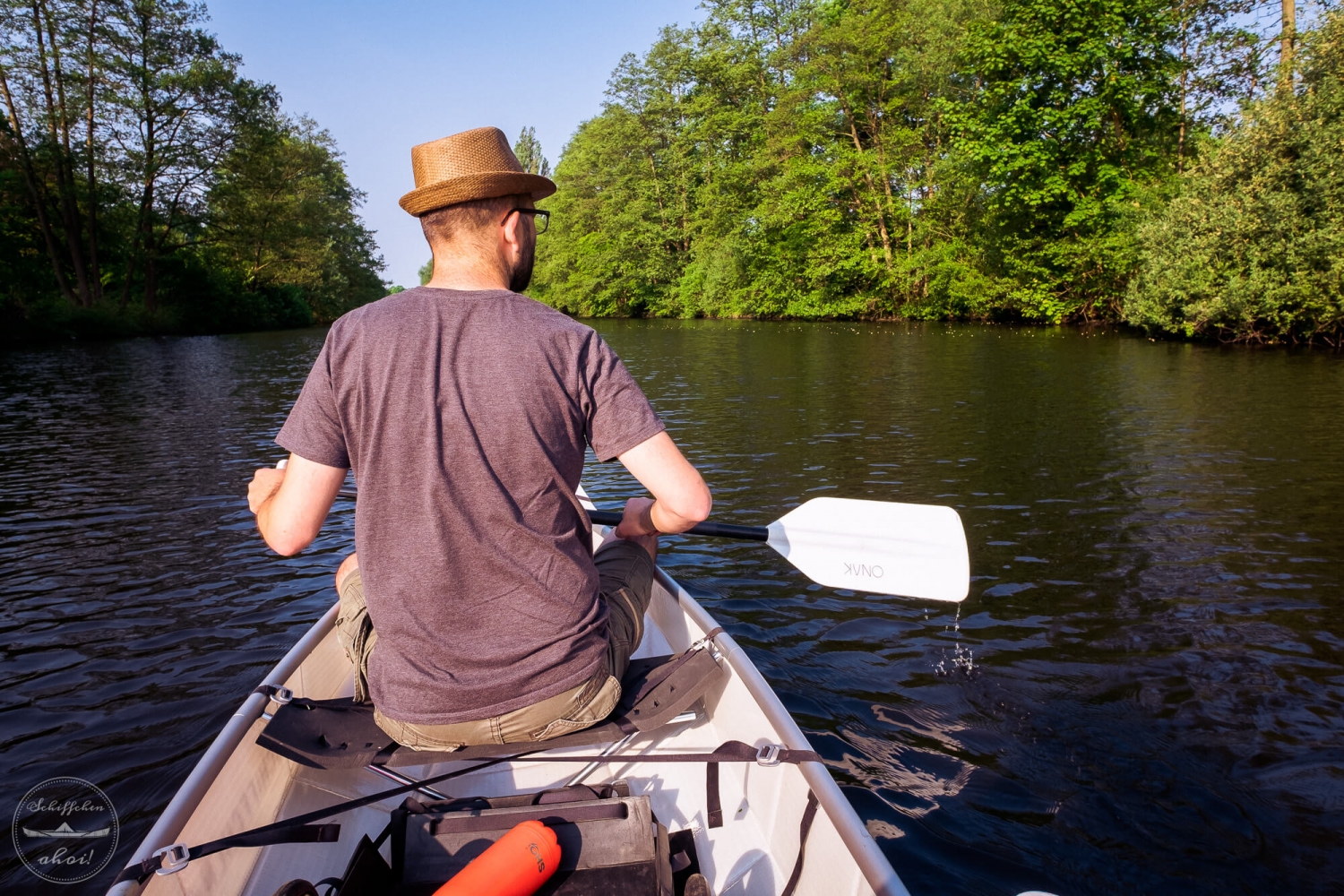 Striker in the morning sun 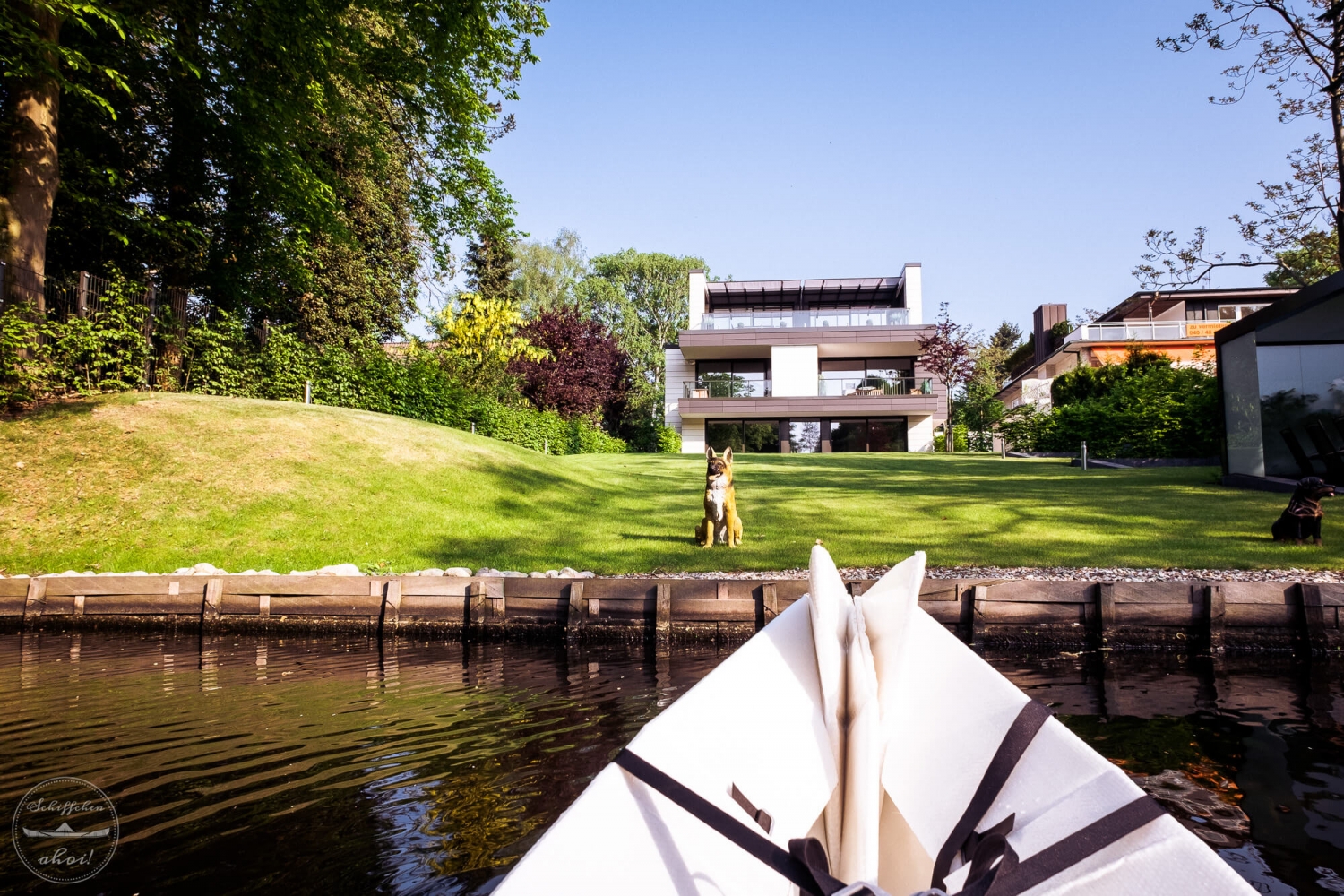 Taste is not a matter of dispute 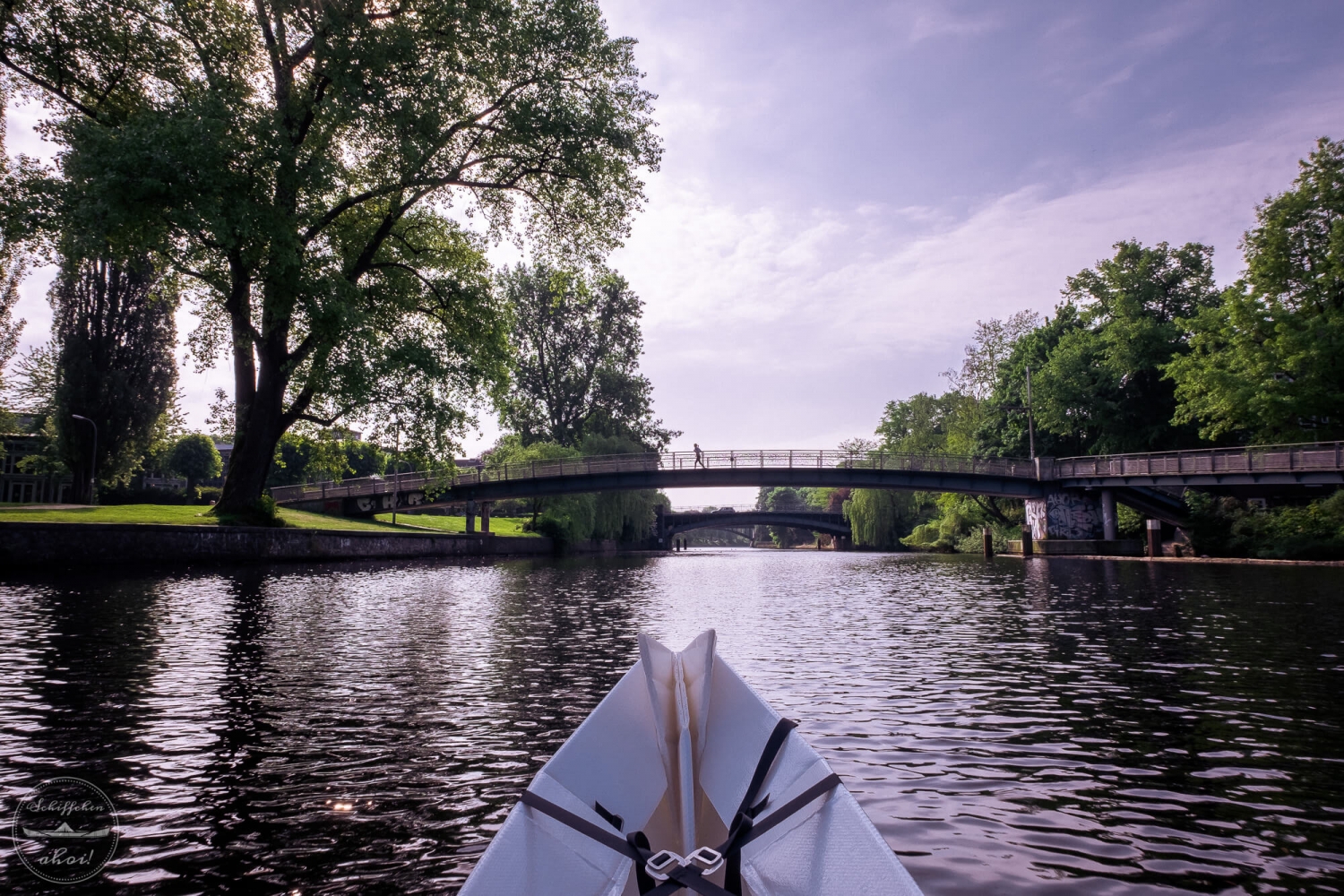 Sports: on water and on land 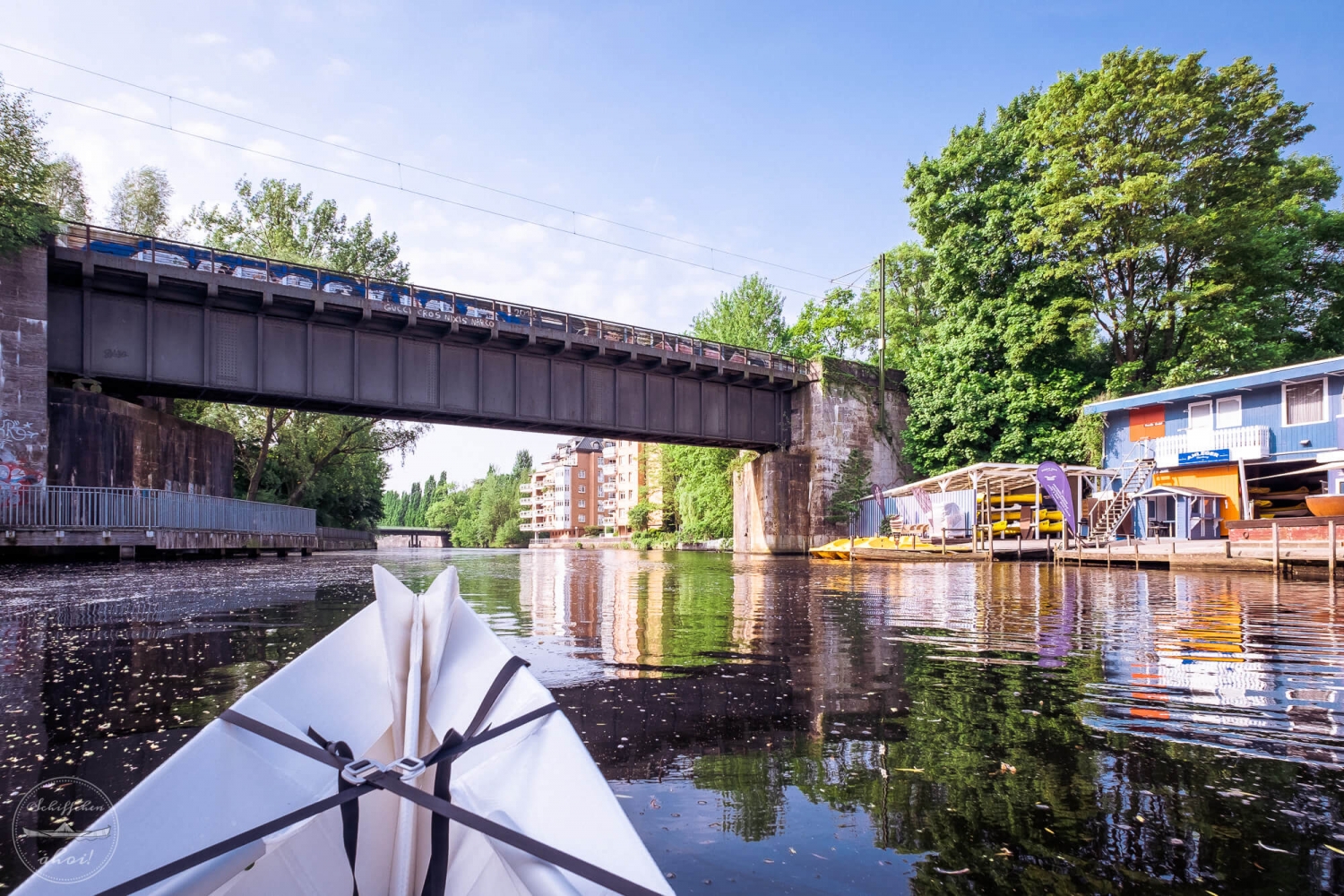 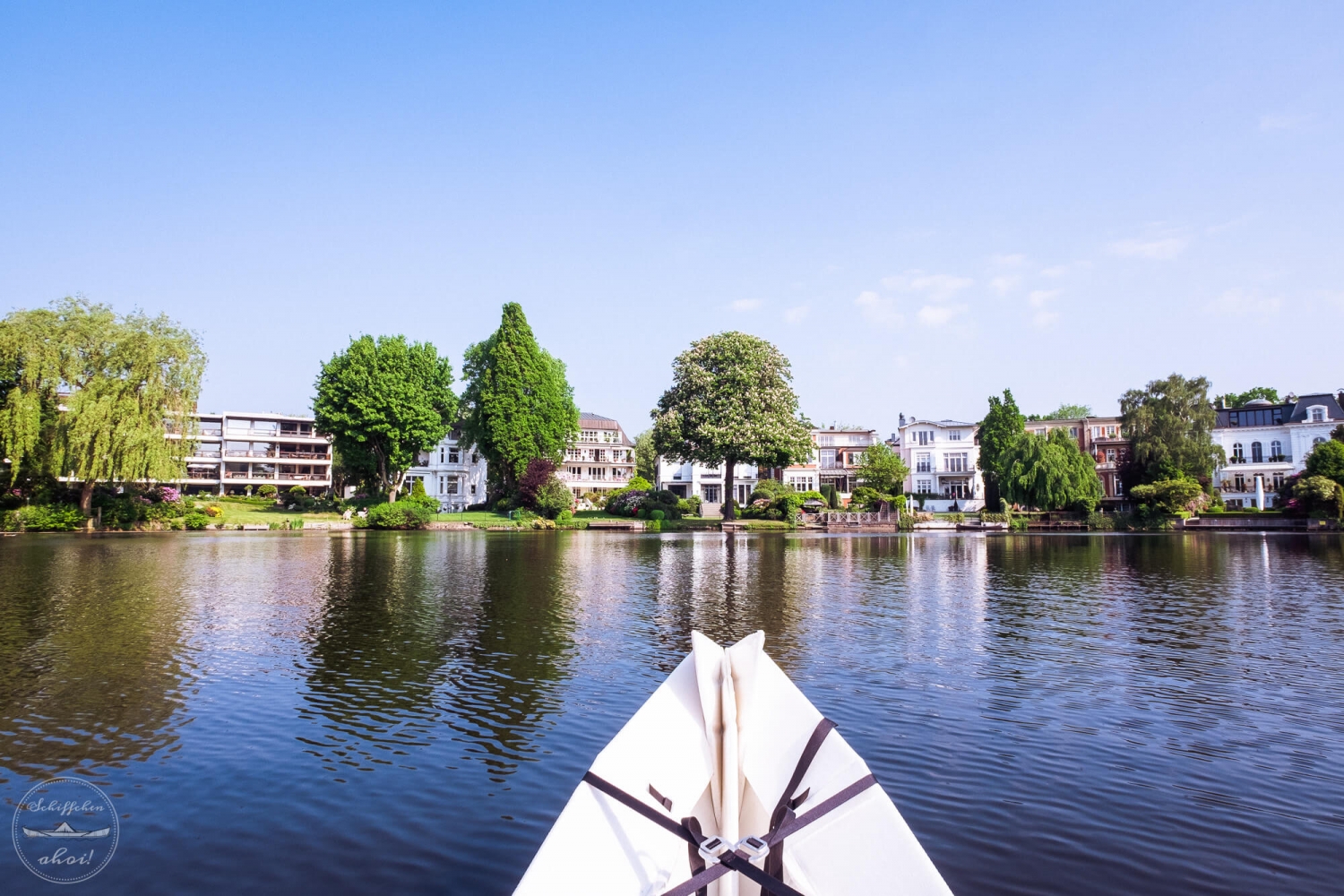 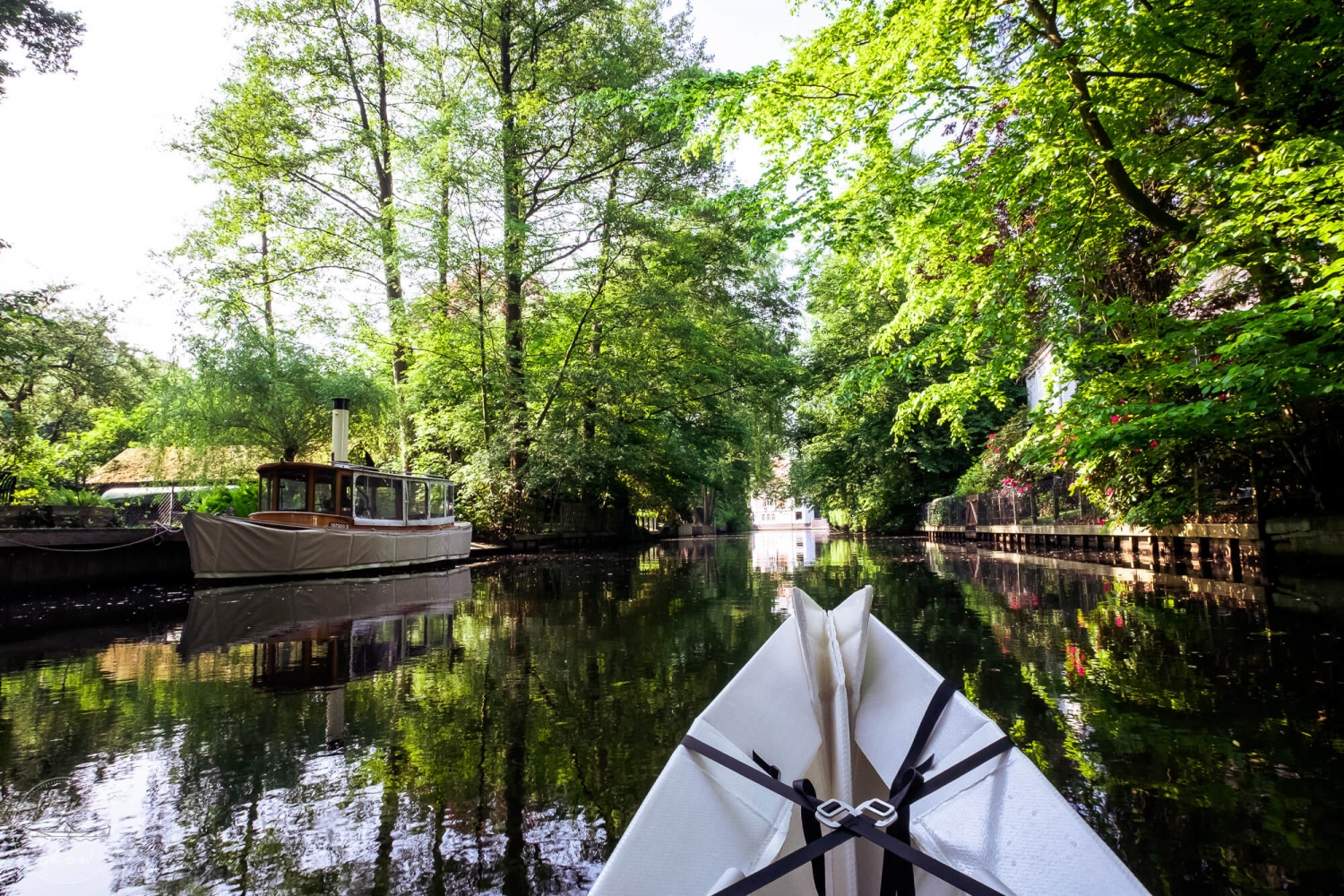 Tiny boats under itself 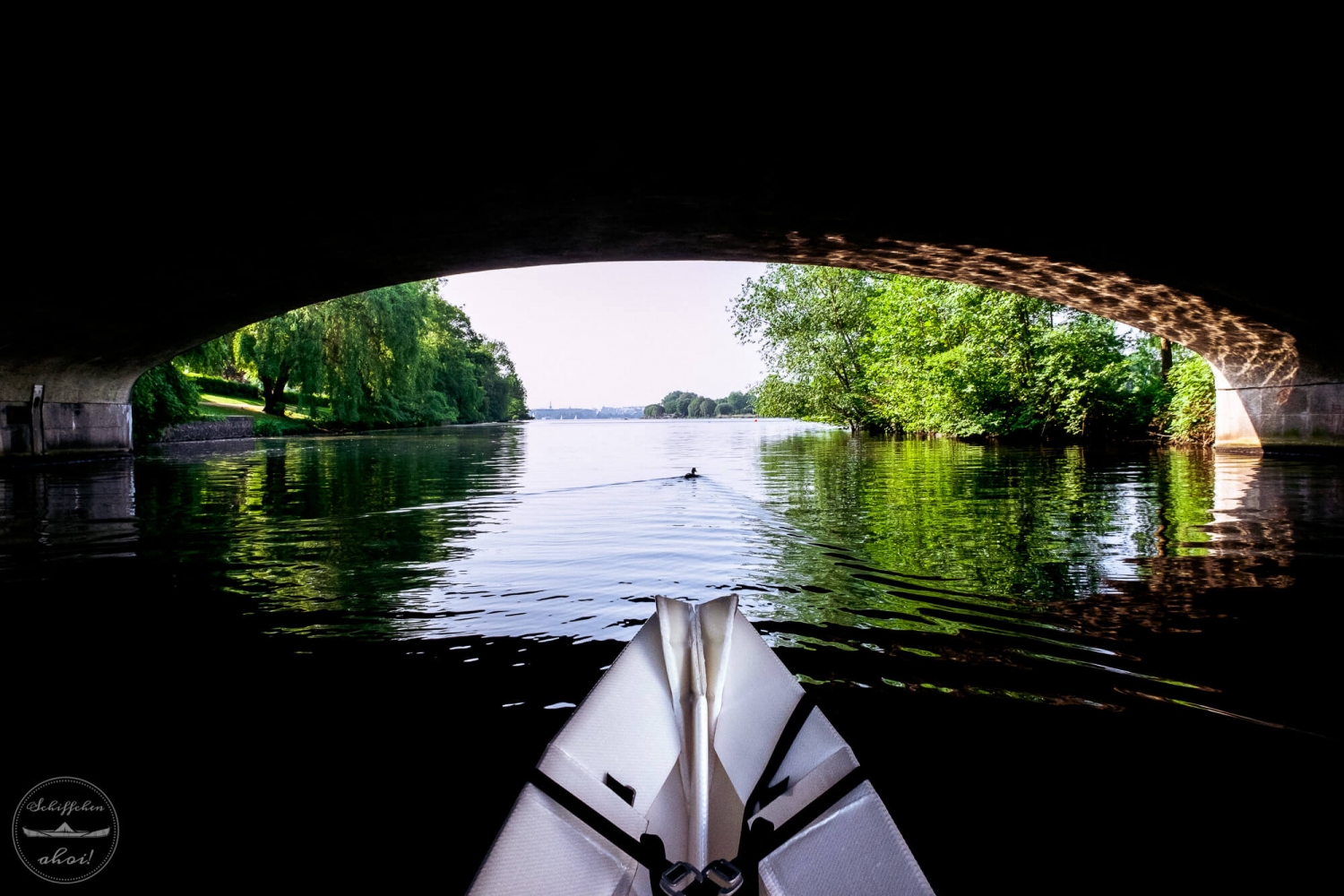 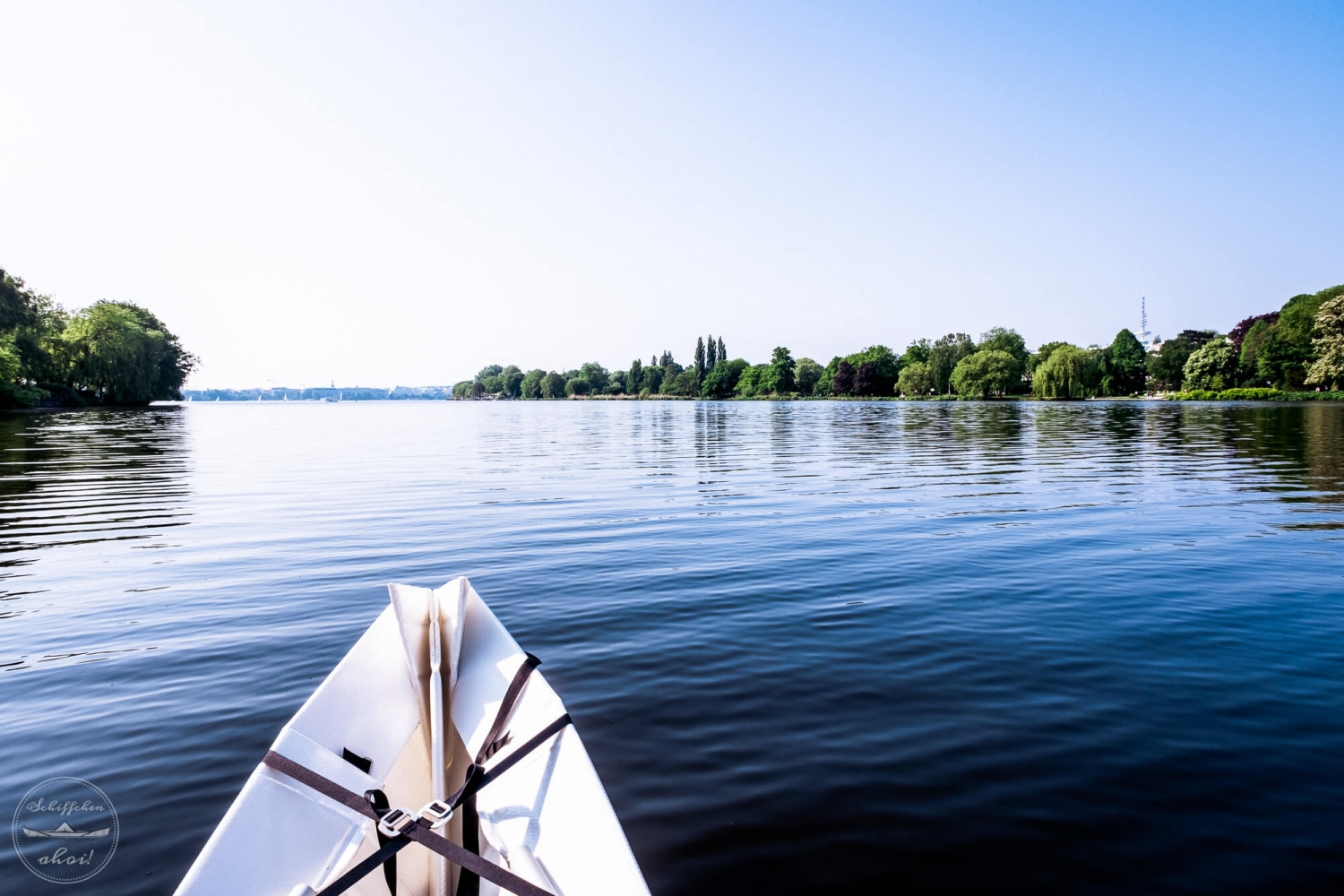 For the first time on the “big” Alster 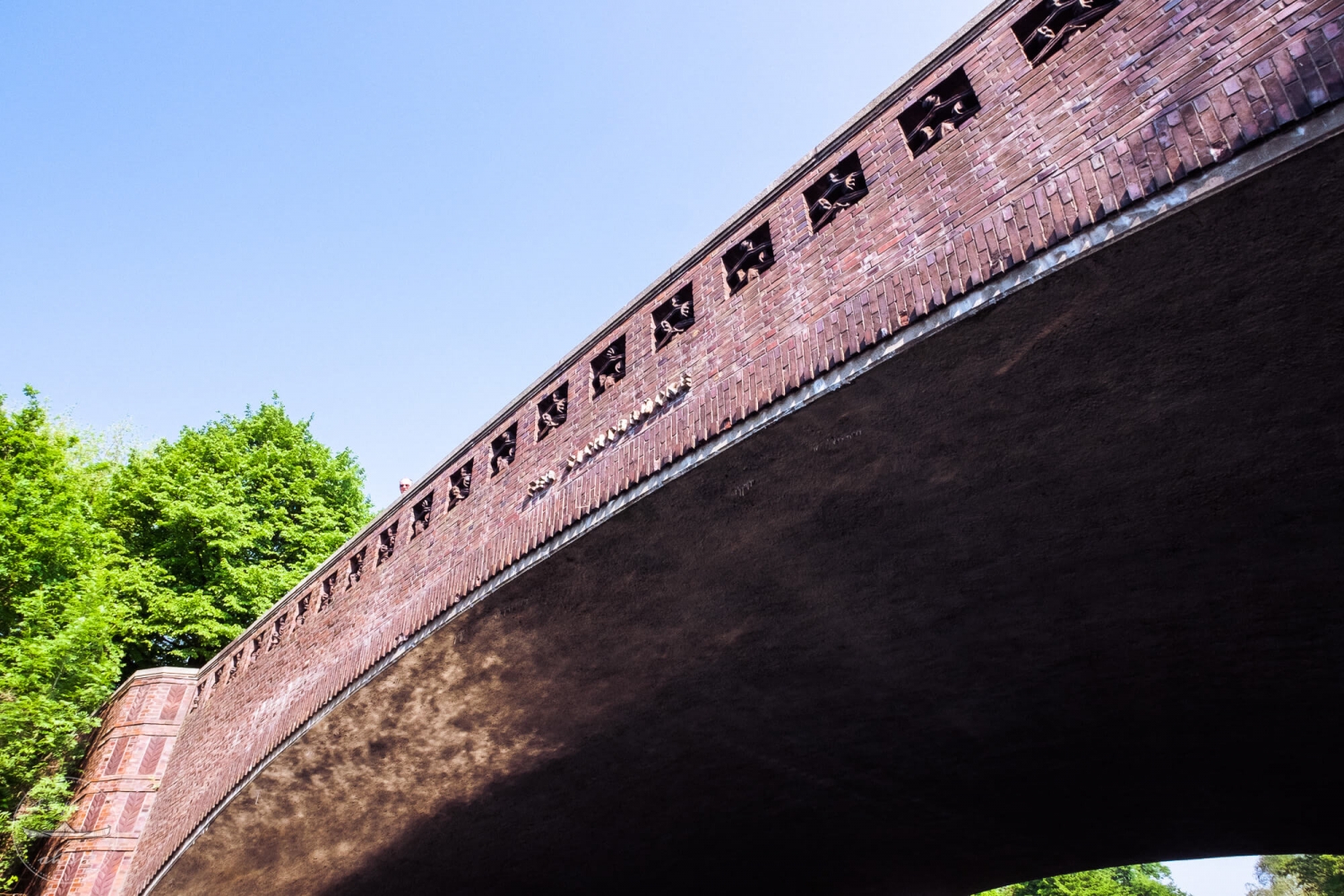 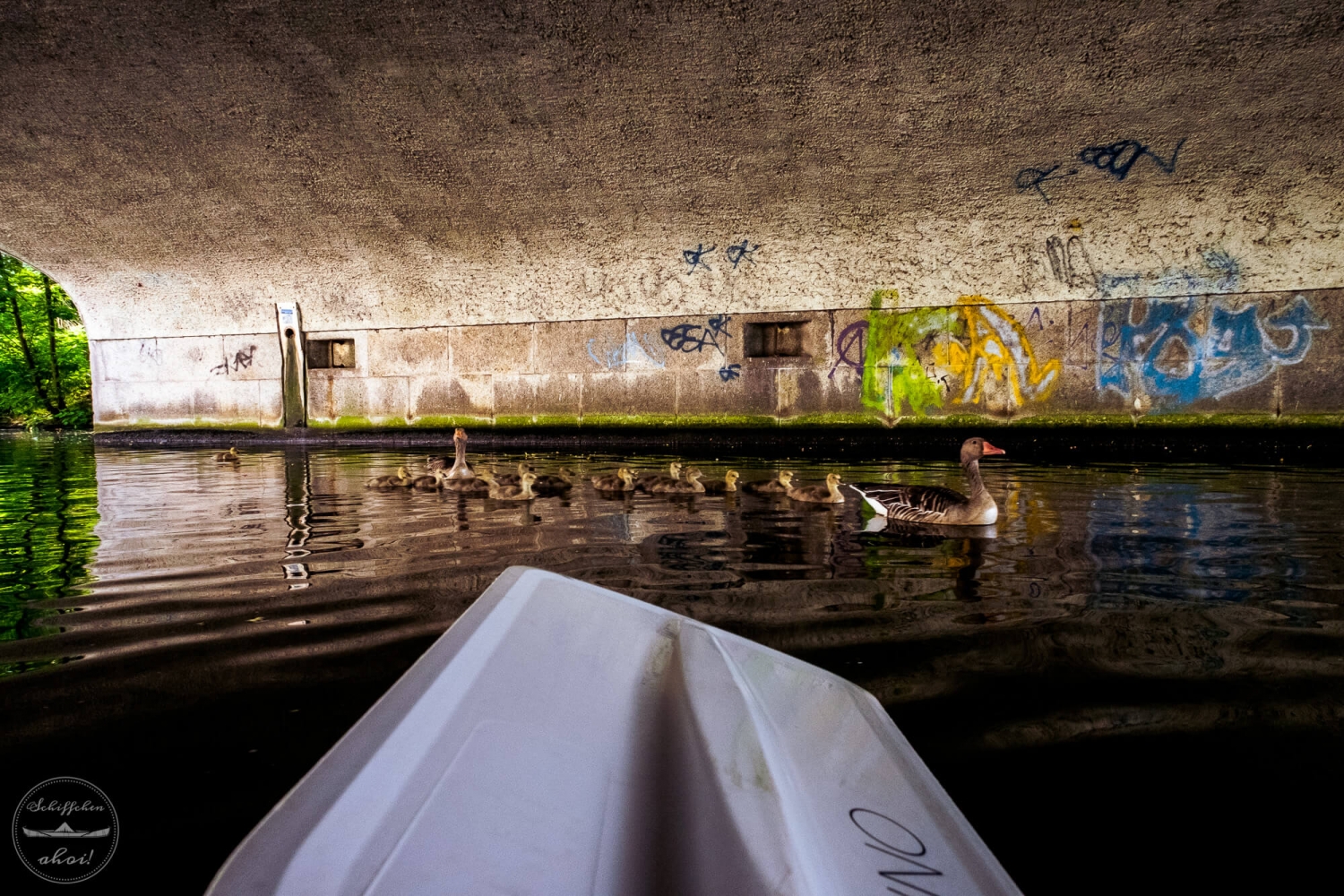 Wild geese with their offspring 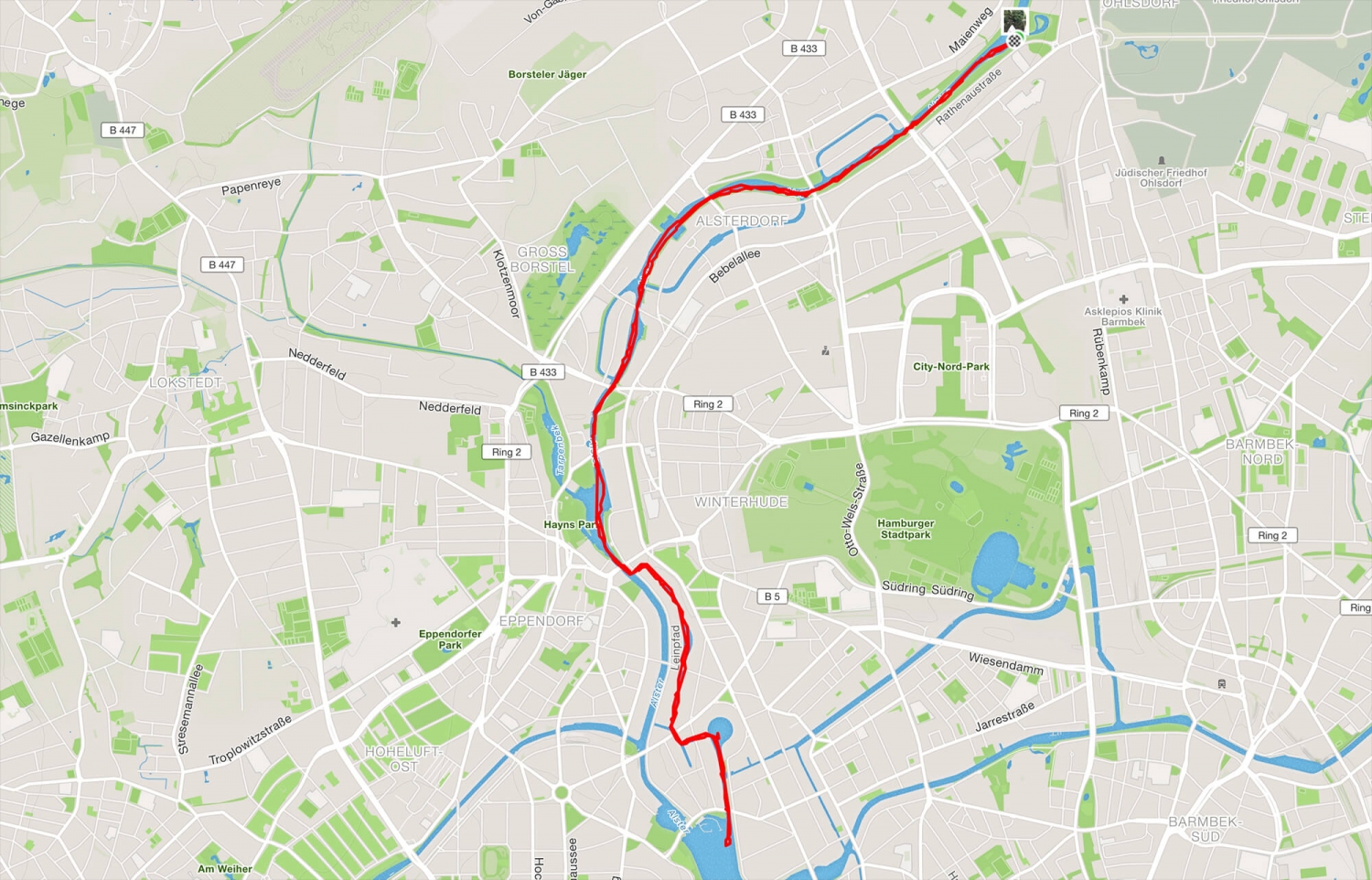 The course of the tour

Here you can follow us on tour in 3D: 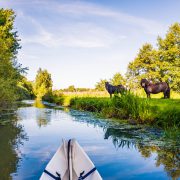 On the upper part of the Gose Elbe river 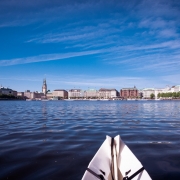 Paddling on Hamburgs Binnenalster for the first time
0 replies

Paddling on Hamburgs Binnenalster for the first time
Scroll to top